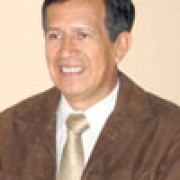 Food is medicine in Peru for over 1,000 years, when the ancient Peruvians consumed organic foods (not contaminated) that generated no diseases, just being, was an earthly paradise. In Peru now, happily, we have a range of climates and altitudes, a geography very complicated, but favorable for the growth of machismo organic foods, grown almost alone in the rain and small plots. As we have no large tracts of land for crops, except in the Peruvian coast (in its lower part, and entered the modernization), and in the Peruvian jungle (still does not fit modernization), we can say that this miracle of having few land tracts, mostly peasants have one hectare on average, and this form of fragmentation of land makes us owners of many organic food and medicinal properties. Such Peruvian organic food is what we look for a medical supply, we must go with our customs, do what our ancestors did for thousands of years, feeding on natural products without much technology. These medical foods we can find in many small towns around the world.

Now food is mostly transgenic or canning or animals are fed in series and with rapid growth (hormonal), these foods are accepted by the scientific community as trainers evils of 20th and 21st centuries, known as cancer, depression, anorexia, etc. That's why our food should be organic and healthy, something increasingly rare in the capitals of the countries of the world, but in small towns can still see this healthy eating with healthy people. That is what to do, to feed organic food to get to live fully up to 100 years. When your mother you buy a food like fruits, vegetables, etc.., Try to follow these general guidelines, but gives us the experience that science, eating dark green leafy vegetables mostly raw or steamed (avoid very cooked or canned), eating raw red onions, pink eat raw garlic, preferably on an empty stomach (1-5 cloves, crushed or ground); include orange vegetables like carrots and intense, and so on., between choosing vegetables black beans by the quantity of protein from fish are best known as the dark blue fish for its high content of omega-3 small black grapes of an inch, including seed crushed, eating black or yellow potatoes, including skins (avoid potatoes white), and add to salads virgin olive oil (omega 3) or fish oil, among the fruits are recommended to peel mandarins and everything, plus grapefruit (pink) are preferable tocanned fresh fruit (Jean Carper 2008). Milk deserves a separate paragraph. The good breast milk is the only one who should give the baby for two years minimum. There is then an alternative milk is cow's milk from the cow to the pot, the pot-to-mouth, an additive-free milk a day. In my little experience and lots of trips to small towns and large, I have only seen men and strong women in the field, those who drink milk straight from the cow on that day: On changes in the major cities of men and women are increasingly weaker despite taking more milk, canned, bagged, formula, men and women do not see strong and less healthy. My recommendation is cow's milk only in the countryside sites and in large cities should be confined feeding milk stored for two days or months (sacha barros 2005).
...[Leer más]
No existen comentarios sobre este libro Regístrate para comentar sobre este libro
Otros libros del autor

374 Natural treatments for 71 diseases. Nourishment: 77 revitalizing diets that they don't fatten. The problems that the teenagers have [...] Ver libro

Sick children can also be healthy children with methods natural healing , they are effective and economical. This book presents natural [...] Ver libro 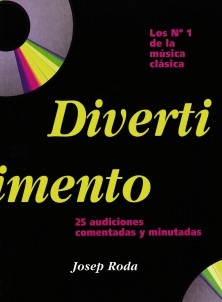