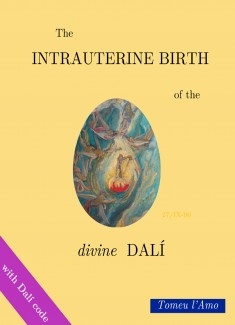 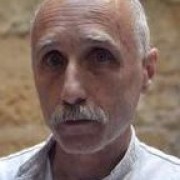 The intrauterine birth of the divine Dalí

The book tells the adventure of discovery and research to prove his authorship of a Dali painting bought for 150 eu. 27 years ago. Then continue the decryption key dalinians enigmas such as: birth from an egg, his intrauterine life, the murder of his brother, who said he died at age 7, as it becomes the divine Dalí, etc.

This painting is intended to appear in the books of art and history of surrealist painting, since according to Nicolas Descharnes: "This picture can be considered the first surrealist work of Dali, although the movement was not founded until 1924 by Breton; and in this painting and we find the basics of paranoiac-critical method "

From the strange "dedication" of the picture, it was found that in this and other works used numerology. And from here to discover the Dalí code: numeric keys that encriptaba his secrets in his paintings. Its application has allowed decryption of many important works such as The Battle of Tetuan, Las Meninas, Perpignan station, etc ... and including the world famous soft watches Persistence dela memory.

This picture, is undoubtedly the most informative for understanding the character created by Salvador Dali: The Divine Dali. Its meaning, will force change what was known so far, giving explanation for many enigmas and secrets so far not explained about his painting and his character. From this study we were able to interpret the causes of his character and personality as well as many of his sentences and writings, which being incomprehensible, have been described as surreal.

A book that challenges what has been said so far, he discovers a new Dalí, alchemical Pythagorean. An essential book for those who until now have not understood this character; for scholars and art lovers, for those who want to know more about the divine, and find an explanation for its most important enigmas.

When Nothing Is Impossible.

Impossible is nothing. With that as his motto, Spanish surgeon Diego González Rivas takes up his fight against cancer and pain. Using [...] Ver libro